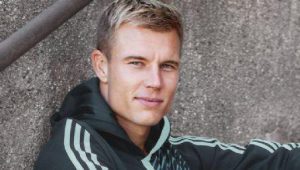 Holger is alive and kicking and is currently 33 years old.
Please ignore rumors and hoaxes.
If you have any unfortunate news that this page should be update with, please let us know using this .

Holger Felix Badstuber (born 13 March 1989) is a German footballer who plays as a centre back for Bayern Munich in the Bundesliga and the German national team. He is primarily a centre back, although he is a capable left back. He made his debut in the 2009–10 season in the Bundesliga, at the age of 19, playing nearly every game that year and helped the club win the league and cup double and reached the Champions League final that same year, before eventually earning a call up to the World Cup in 2010. Current Manchester United coach Louis van Gaal stated that he is the best left footed defender in Germany.