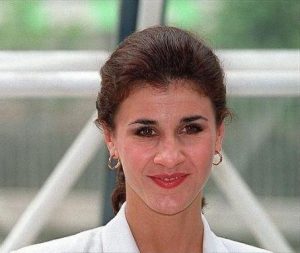 Isabelle is alive and kicking and is currently 59 years old.
Please ignore rumors and hoaxes.
If you have any unfortunate news that this page should be update with, please let us know using this .

Isabelle Duchesnay (born December 18, 1963 in Aylmer, Quebec, Canada) is a retired ice dancer who represented France for most of her career. With her brother Paul Duchesnay, she is the 1991 World champion and the 1992 Olympic silver medalist.
The Duchesnays started skating at an early age in Canada in pairs. Their first major success came at the 1982 Canadian Nationals, where they placed second in the junior competition. After a serious accident where Isabelle hit her head, they switched to ice dancing. Over time, the Duchesnays’ skating became more innovative and revolutionary with help from 1984 Olympic champion Christopher Dean. After Skate Canada criticized their skating, they decided to leave the Canadian team. In 1985, they began skating for their mother’s homeland, France.

In 1996, the Duchesnays were nominated for a Gemini Award in Best Performance - Performing Arts Program or Series for their performance in "The Planets". Isabelle Duchesnay wrote a book, Notre passion (Sports pour tous), in 1992.
Duchesnay was born to a French mother and Canadian father. She married British ice dancer Christopher Dean in 1991; they divorced in 1993.