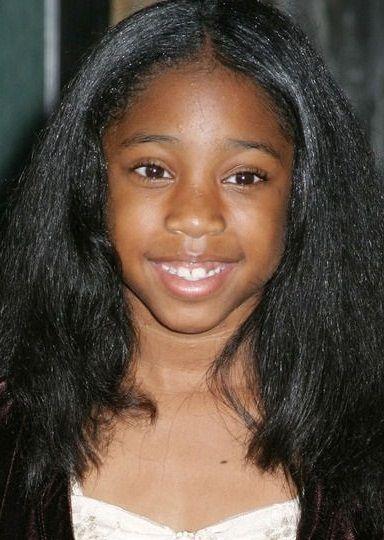 Jamia is alive and kicking and is currently 26 years old.
Please ignore rumors and hoaxes.
If you have any unfortunate news that this page should be update with, please let us know using this .

Does Jamia Simone Nash Have the coronavirus?

Jamia Simone Nash (born August 21, 1996), also known simply as Jamia, is an American singer and actress. Nash's first national appearance was on Showtime at the Apollo in 2002, where she sang the Alicia Keys song "Fallin'". She performed at the 2003 Essence Awards, singing Michael Jackson's song "Who's Lovin' You" in honor of Mary J. Blige. She and her younger sister Olivia sing the hook in the song "Black Girl Pain" on Talib Kweli's 2004 album The Beautiful Struggle.
Nash performed "Raise It Up" from August Rush at the 2008 Academy Awards, making her the youngest ever to perform on an Academy Awards telecast. Also at the Academy Awards, she was shown on stage playing tennis via Wii Sports with the host Jon Stewart until he noticed the crowd behind her and she ran off stage. Her latest appearance was on July 18, 2009, in the Kennedy Center. She sang Celine Dion's song "Let's Talk About Love" as a tribute for the Apollo program's 40th anniversary.

Billed as MC Lily, Nash sang about the alphabet on Nick Jr. Her song "Bongo Bird" (sung to the tune of "Bingo") was featured as a video on the Noggin series Jack's Big Music Show. She provides the singing voice for the opening theme song and character Uniqua on The Backyardigans. She has also acted in episodes of 7th Heaven, Romeo!, My Wife and Kids, The Young and the Restless, and appeared as herself on The Tony Danza Show, Half & Half and Big Time. She also performed the United States national anthem at Citi Field.