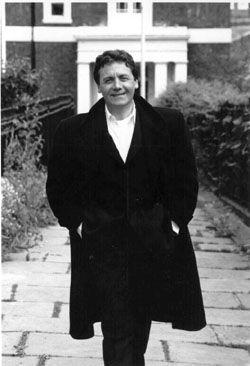 Jeff is alive and kicking and is currently 79 years old.
Please ignore rumors and hoaxes.
If you have any unfortunate news that this page should be update with, please let us know using this .

Jeff Banks CBE (born Jeffrey Tatham-Banks, 17 March 1943) is a Welsh designer of men's and women's clothing, jewellery, and home furnishings. Born in Ebbw Vale, Wales, Banks co-founded the fashion chain Warehouse in the late 1970s. He later created and presented the television programme The Clothes Show, broadcast on BBC One from 1986 to 2000.
He was offered a scholarship to independent public school St Dunstan's College, in Catford, South London, but his mother couldn't afford the uniform. He went to Brockley County Grammar School instead, but still without a uniform. In order to afford a uniform he set up his own business buying paraffin at the bottom of the hill, then pushing it up in an old pram, and selling it for a penny more at the top of the hill. By age 13 he was employing a man to drive a lorry-based tanker, and at 15 he sold the business.

Banks has been married twice. First to the 1960s pop star Sandie Shaw (with whom he has one daughter), and subsequently to Sue Mann, a model and film makeup artist. Banks also practices Nichiren Buddhism and is a member of Soka Gakkai International. Banks is a lifelong member of Catford Cycling Club, and a sponsor of their racing team CatfordCC Equipe/Banks, an amateur under-23 squad having British National 'Elite' team status.