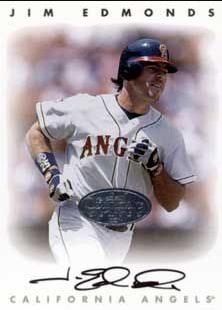 James is alive and kicking and is currently 52 years old.
Please ignore rumors and hoaxes.
If you have any unfortunate news that this page should be update with, please let us know using this .

Jim Edmonds was born on June 27, 1970 in Fullerton, California, USA as James Patrick Edmonds. He is an actor, known for Sunday Night Baseball (1990), Faith Rewarded: The Historic Season of the 2004 Boston Red Sox (2004) and 2005 MLB All-Star Game (2005). He has been married to Meghan King Edmonds since October 24, 2014. He was previously married to Allison Jayne Raski and Lee Ann Horton.