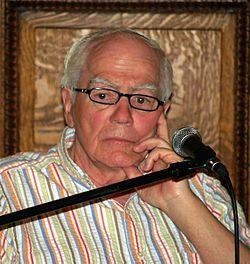 Jimmy passed away on March 19, 2017 at the age of 86 in Manhattan, New York City. Jimmy's cause of death was pneumonia.

Jimmy Breslin (born October 17, 1930) is a Pulitzer Prize-winning American journalist and author. He currently writes a column for the New York Daily News' Sunday edition. He has written numerous novels, and columns of his have appeared regularly in various newspapers in his hometown of New York City. He served as a regular columnist for the Long Island, NY newspaper Newsday until his retirement on November 2, 2004, though he still publishes occasional pieces for the paper.