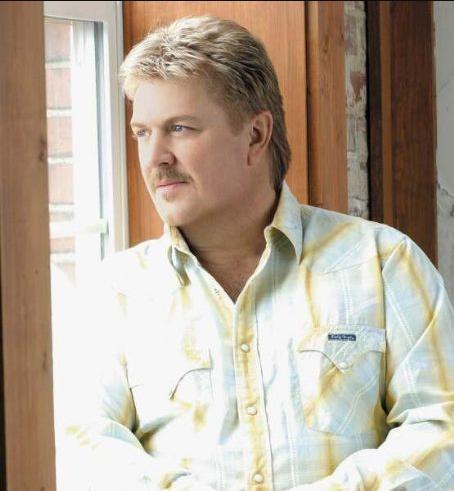 Joe passed away on March 29, 2020 at the age of 61 in Nashville, Tennessee, USA. Joe's cause of death was Coronavirus.

Does Joe Diffie Have the coronavirus?

Joe Logan Diffie (born December 28, 1958) is an American country music singer known for his ballads and novelty songs. After working as a demo singer in the 1980s, he signed with Epic Records' Nashville division in 1990. Between then and 2004, Diffie charted 35 cuts on the Billboard Hot Country Songs chart, including five number one singles: his debut release "Home", "If the Devil Danced (In Empty Pockets)", "Third Rock from the Sun", "Pickup Man" (his longest-lasting number one, at four weeks) and "Bigger Than the Beatles".
In addition to these cuts, he has 12 other top ten singles and ten other top 40 hits on the same chart. He also co-wrote singles for Holly Dunn, Tim McGraw, and Jo Dee Messina, and has recorded with Mary Chapin Carpenter, George Jones, and Marty Stuart.

Diffie has been married four times. His first wife was Janise Parker, whom he married while in college. The couple had two children, Parker and Kara, then divorced in 1986. Parker later worked as Diffie's on-road manager in the mid-2000s, and in mid-2010, he and Kara auditioned for American Idol. Two years after divorcing Janise, Diffie married Debbie Jones, a nurse technician. They had two sons, Drew and Tyler, the latter of whom was born with Down syndrome and nearly died in 1991 following complications from a tonsillectomy. Diffie began an affair with Liz Allison, the widow of NASCAR driver Davey Allison, in 1993.
In 1994, a judge ordered Diffie to pay Jones $3,000 per month towards their pending divorce settlement, and not to allow Drew and Tyler to be in the presence of any girlfriend; he divorced Jones in 1996. In 2000, Diffie married the former Theresa Crump, whom he met at a concert, at the Opryland Hotel in Nashville, Tennessee. They have one daughter, Kylie Tarissa, born in 2004. The couple divorced in 2017. Joe married Tara (Terpening) on May 26, 2018 at the Musicians Hall of Fame.
On March 27, 2020, Diffie announced that he tested positive for coronavirus in the midst of the 2019–20 coronavirus pandemic. Two days later, on March 29, he died in Nashville at the age of 61 from complications of COVID-19.