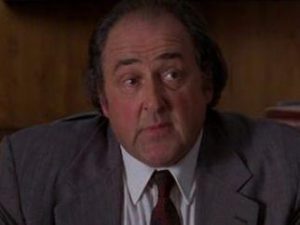 John is alive and kicking.
Please ignore rumors and hoaxes.
If you have any unfortunate news that this page should be update with, please let us know using this .

John Ramsey rose to fame as an actor, gracing the silver screen many times over the course of his Hollywood career. He worked in series television while getting his start in acting, including a part on "All My Children" (ABC, 1969-2011).
He also starred in the TV movies "Johnny, We Hardly Knew Ye" (NBC, 1976-77) and "Murder at the World Series" (ABC, 1976-77). In the eighties and the nineties, Ramsey devoted his time to various credits, such as "Swing Shift" with Goldie Hawn (1984), the Paul Hogan and Linda Kozlowski box office smash "Crocodile Dundee 2" (1988) and "Madhouse" with John Larroquette (1990).