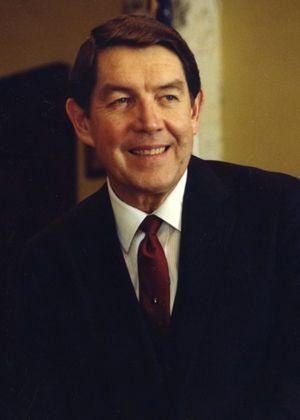 John Victor Evans, Sr. was an American politician from Idaho. A member of the Democratic Party, he was the state's 27th governor and was in office for nearly ten years, from 1977 to 1987.