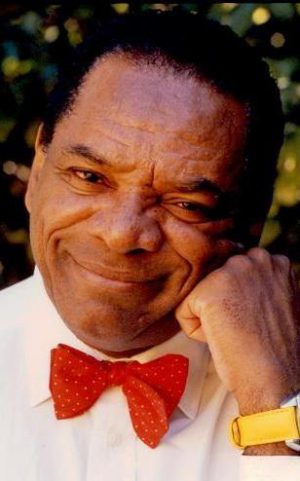 John Witherspoon (born January 27, 1942) is an American comedian and actor who has had roles in several films and television shows. Best known for his role as Willie Jones for the Friday series, Witherspoon has also starred in films such as Hollywood Shuffle (1987), Boomerang (1992) and Vampire In Brooklyn (1995).
He has also made appearances on television shows such as The Wayans Bros. (1995–99), The Tracy Morgan Show (2003), Barnaby Jones (1973), The Boondocks (2005), The Five Heartbeats (1991) and Black Jesus (2014). He wrote a film, From the Old School, in which he played an elderly working man who tries to prevent a neighborhood convenience store from being developed into a strip club.

In 1988, Witherspoon married Angela Robinson. They have two children, John David ("J.D.") and Alexander. J.D. is known for making skits and gameplay videos on YouTube, and currently hosts the mobile game show Confetti on Facebook Watch. David Letterman is the godfather to Witherspoon's two sons.
Witherspoon worked occasionally as a model. During the 1960s and 1970s, Witherspoon began to take a liking towards comedy. During that time he began his stand-up comedy career. As a result, he had many friends in the business, including Tim Reid (while he was working on WKRP in Cincinnati and The Richard Pryor Show), Robin Williams (also on The Richard Pryor Show), Jay Leno, and David Letterman.