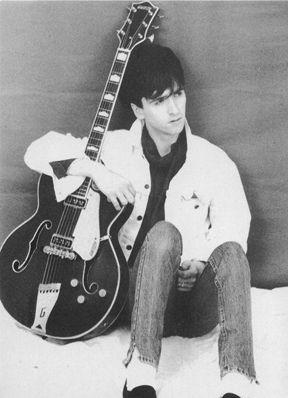 Johnny is alive and kicking and is currently 58 years old.
Please ignore rumors and hoaxes.
If you have any unfortunate news that this page should be update with, please let us know using this .

Does Johnny Marr Have the coronavirus?

Johnny Marr (born John Martin Maher; 31 October 1963) is an English musician, singer, and songwriter. He was co-songwriter – with Morrissey – and, from 1982–1987, guitarist of The Smiths, an English rock band formed in Manchester. Critics have called them the most important alternative rock band to emerge from the British independent music scene of the 1980s. Q magazine's Simon Goddard argued in 2007 that the Smiths were "the most influential British guitar group of the decade" and the "first indie outsiders to achieve mainstream success on their own terms". The NME named The Smiths the "most influential artist ever" in a 2002 poll, even topping The Beatles.