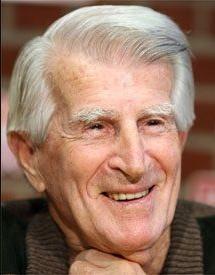 Johnny Pesky was an American baseball player who was born on September 27, 1919.