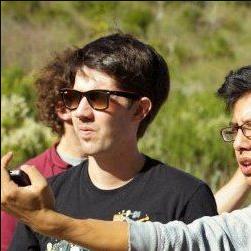 Jonathan is alive and kicking.
Please ignore rumors and hoaxes.
If you have any unfortunate news that this page should be update with, please let us know using this .

Jon BoalCinematographer at FreelanceGreater Los Angeles AreaEntertainmentPrevious Corporate University XchangeEducation The American Film InstituteJonathan Boal started his filmmaking journey, by pursing his undergraduate degree in filmmaking from NYU. Okay, it actually started in his home town where he would make crude, poorly shot home movies with his friends, but we won't discuss that time period. In 2006, Jon shot and directed the documentary feature [email protected], which spanned ten countries and three continents, following the USA's top two professional video game teams. [email protected] played at several festivals and is distributed by Passion River Films. After college Jon worked as a freelance shooter and editor in both New York and Philadelphia. He has produced content for companies like Intel, Puma, Maxim, Microsoft, Caterpillar and many others. Over the last few years he's shot a couple features and dozens of industrials, shorts and music videos. In 2010, Jon moved to Los Angeles and got an MFA in Cinematography from the American Film Institute. In addition to film, Jon also enjoys, skiing, hiking and the occasional game of poker.Current Projects: The feature documentary "Broken Eggs Film", Content for Oscar.com, and a live action short based on the Final Fantasy game series