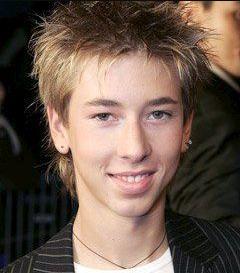 Jordy is alive and kicking and is currently 34 years old.
Please ignore rumors and hoaxes.
If you have any unfortunate news that this page should be update with, please let us know using this .

Jordy Claude Daniel Lemoine (born January 14, 1988), known as Jordy, is a former French singer and musician. He was known for his hit single "Dur dur d'être bébé!" when he was four years old. There was concern that he was being exploited by his parents. Rumors of exploitation were furthered when the Lemoine family opened La Ferme de Jordy (Jordy's Farm), a children's tourist attraction which was a financial failure. Jordy insisted that the farm was his idea. After the farm's failure, the French government banned Jordy's music from radio and television to protect him from exploitation. In 1996 Jordy's parents divorced. He then returned to school.
As a teenager, Jordy appeared on the second season of the French television show La Ferme Célébrités 2 on April 30, 2005, his first public appearance in almost ten years. He was the show's final winner on 28 June 2005. On 28 February 2006, he released his first new single in 12 years, "Je t'apprendrai" and began performing in the band Jordy & the Dixies.

Jordy is listed in the Guinness Book of World Records as the youngest singer ever to have a #1 charted single. He achieved this in 1992, at the age of four-and-a-half, with the song "Dur dur d'être bébé !" ("It's Tough to Be a Baby"). "Dur dur d'être bébé" was #1 for 15 weeks in France, and was a dance hit across Europe, Brazil, Latin America, South Korea and Japan. It landed at #58 on the Billboard Hot 100, making him the youngest artist to ever chart there. Jordy was born in Saint-Germain-en-Laye, Yvelines. He is the son of music producer Claude Lemoine, who was involved with the Rockets from 1976 to 1992.