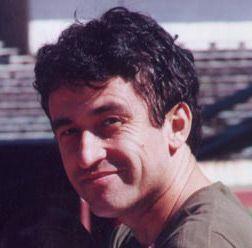 Jorge is alive and kicking and is currently 57 years old.
Please ignore rumors and hoaxes.
If you have any unfortunate news that this page should be update with, please let us know using this .

Jorge González Ríos is the former lead singer, main songwriter and sole composer of the Chilean band Los Prisioneros, and is currently the frontman of Los Updates. Los Prisioneros enjoyed a huge level of popularity and success initially in Chile and eventually all of Latin America beginning in 1984. The band called it quits in 1992, and González went on a successful solo career.