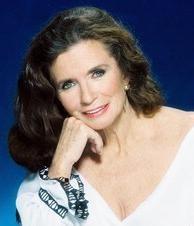 Valerie passed away on May 15, 2003 at the age of 73 in Nashville, Tennessee, USA. Valerie's cause of death was complications from heart surgery.

Valerie June Carter Cash was an American singer, songwriter, actress, dancer, comedian, and author who was a member of the Carter Family and the second wife of singer Johnny Cash.June died in Nashville, Tennessee, on May 15, 2003, at 73 years old, of complications following heart-valve replacement surgery.