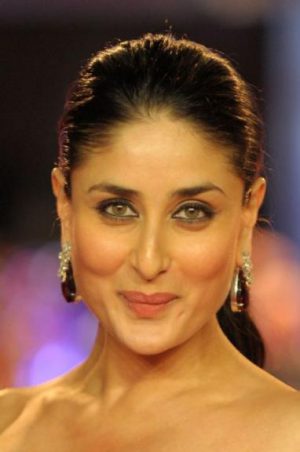 Kareena is alive and kicking and is currently 41 years old.
Please ignore rumors and hoaxes.
If you have any unfortunate news that this page should be update with, please let us know using this .

Does Kareena Kapoor Khan Have the coronavirus?

Kareena Kapoor Khan's father, Randhir kapoor, is still alive and kicking at the age of 75. He is Indian and has had a career as a actor, producer, director.

Kareena Kapoor Khan's mother, Babita kapoor, is still alive and kicking at the age of 74. She is Indian and has had a career as a actress.

Kareena Kapoor (pronounced [kʌˈriːnaː kʌˈpuːr]; born 21 September 1980), also known by her married name Kareena Kapoor Khan, is an Indian actress who appears in Hindi films. She is the daughter of actors Randhir Kapoor and Babita, and the younger sister of actress Karisma Kapoor. Noted for playing a variety of characters in a range of film genres—from romantic comedies to crime dramas—Kapoor is the recipient of several awards, including six Filmfare Awards, and is one of Bollywood's most popular and highest-paid actresses.
Born on 21 September 1980 in Bombay (now Mumbai), Kapoor (often informally referred to as 'Bebo') is the younger daughter of Randhir Kapoor and Babita (née Shivdasani); her elder sister Karisma is also an actress. She is the paternal granddaughter of actor and filmmaker Raj Kapoor, maternal granddaughter of actor Hari Shivdasani, and niece of actor Rishi Kapoor. According to Kapoor, the name "Kareena" was derived from the book Anna Karenina, which her mother read while she was pregnant with her. She is of Punjabi descent on her father's side, and on her mother's side she is of Sindhi and British descent. As a child, Kapoor regularly practised Hinduism with her family, but was also exposed to Christianity from her mother.

Kapoor has received six Filmfare Awards out of ten nominations. For her role in Refugee, Kapoor was awarded the Best Female Debut in 2000. She earned a special jury recognition for Chameli (2003), and two Critics Award for Best Actress for Dev (2004) and Omkara (2006). Kapoor later received the Best Actress and Best Supporting Actress for Jab We Met (2007) and We Are Family (2010) respectively.