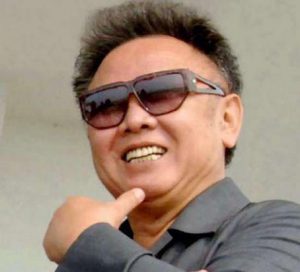 Kim passed away on December 17, 2011 at the age of 70 in Kumsusan Palace of the Sun, Pyongyang, Democratic People's Republic of Korea. Kim's cause of death was heart attack.

Kim Jong-il was the supreme leader of the Democratic People's Republic of Korea, commonly referred to as North Korea, from 1994 to 2011. By the early 1980s Kim had become the heir apparent for the leadership of the country and assumed important posts in the party and army organs. He succeeded his father and founder of the DPRK, Kim Il-sung, following the elder Kim's death in 1994. Kim Jong-il was the General Secretary of the Workers' Party of Korea (WPK), Chairman of the National Defence Commission (NDC) of North Korea, and the Supreme Commander of the Korean People's Army (KPA), the fourth-largest standing army in the world. Kim's leadership is thought to have been even more dictatorial than his father's.