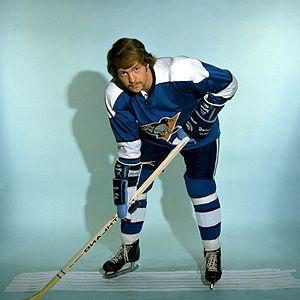 Larry is alive and kicking and is currently 72 years old.
Please ignore rumors and hoaxes.
If you have any unfortunate news that this page should be update with, please let us know using this .

Larry Irvin Bignell (born January 7, 1950) is a Canadian retired professional Ice hockey defenceman from Edmonton, Alberta. He was selected by the Pittsburgh Penguins in the 2nd round, 35th overall, in the 1970 NHL Amateur Draft. He appeared in 20 NHL games for the Penguins in 1973–74, scoring three assists, and three games in the 1975 Stanley Cup Playoffs. Bignell also played 41 games in the World Hockey Association for the Denver Spurs/Ottawa Civics in 1975–76. The majority of his professional career was spent in the American Hockey League. He retired in 1977.