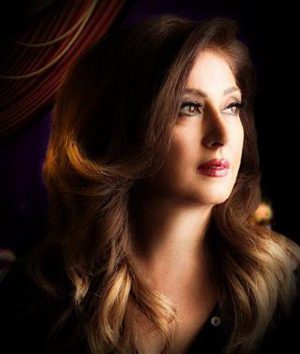 Leila is alive and kicking and is currently 63 years old.
Please ignore rumors and hoaxes.
If you have any unfortunate news that this page should be update with, please let us know using this .

Leila Forouhar (Persian: Leylā Foruhar‎‎, born 23 February 1959 in Isfahan, Iran) is a popular Iranian pop singer. She was an actress before the Iranian Revolution also. She relocated to Paris after the Iranian Revolution and then to Los Angeles in 1988.
Leila is the daughter of the late Iranian actor Jahangir Forouhar. As a child she acted in movies in minor roles, receiving recognition for her part in Soltane Ghalbha (King of Hearts). As a teenager she began modeling for fashion magazines. She continued to act in movies and has featured in over 47 films, including Ezteraab, Three Sisters and The Thirsty Ones.

In 1988 Forouhar and her family moved to the United States. That same year, she released "Makhmal-e-Naz" and in 1989 "Hedieh" ("The Gift"), and the song "Ey Dil" ("Oh My Heart") became very popular.
Leila's songs are popular in countries including Afghanistan, Tajikistan, Iraq, Armenia and the United States. She has released more than 20 albums. Her album "Planet of Harmony" included songs in English, Italian, Greek, Arabic, Hebrew, Dari Persian, Armenian, Turkish and Kurdish.