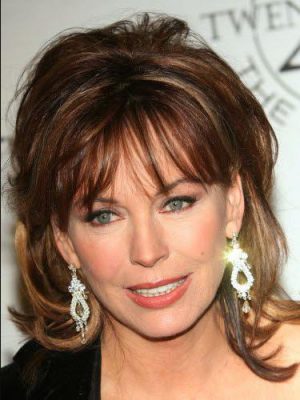 Lesley-Anne is alive and kicking and is currently 68 years old.
Please ignore rumors and hoaxes.
If you have any unfortunate news that this page should be update with, please let us know using this .

Does Lesley Anne Down Have the coronavirus?

P.J's information is not available now.

Isabella's information is not available now.

Lesley-Anne Down was born on March 17, 1954 and raised in London, England. With the help of her father, she began modeling at age 10, acting in commercials, and winning several beauty contests. By the time she was 15, Down had completed four films and was voted "Britain's Most Beautiful Teenager". Lesley-Anne first gained international popularity as Georgina Worsley in the British series Upstairs, Downstairs (1971), which became a hit on PBS in the United States. She has starred in films, including The Pink Panther Strikes Again, A Little Night Music (1977), The Betsy (1978), The Great Train Robbery (1979), Hanover Street (1979), Rough Cut (1980) and Sphinx (1981). She starred in the television movies The Hunchback of Notre Dame (1982), Arch of Triumph (1984), Indiscreet (1988), and in the miniseries The Last Days of Pompeii (1984) and North and South (1985).Lesley-Anne appeared for six episodes as Stephanie Rogers in the prime-time television series Dallas (1978), on the CBS Network. Her previous daytime experience included roles as Olivia Richards in Sunset Beach (1997) and Lady Sheraton in Days of Our Lives (1965). She also made guest appearances on the television series The Nanny (1993) and Diagnosis Murder (1993). On stage, she has appeared in "Hamlet" and a musical version of "Great Expectations". As for her career, Lesley-Anne has earned Golden Globe Award nominations, German Bravo Awards, the British Best Actress Award, the Rose D'or Best Soap Opera Actress Award and the covers of numerous publications throughout the world, including Life Magazine. She was awarded the 2006 TV Soap Golden Boomerang Award for the most Popular Supporting Female for her role as Jackie Marone Knight on The Bold and the Beautiful (1987).Lesley-Anne Down met her husband, cinematographer Don E. FauntLeRoy, while filming North and South (1985). They live in Malibu, California with their son, George-Edward FauntLeRoy. She also has a son, Jackson Friedkin, from her earlier marriage to director William Friedkin and two stepchildren, Season FauntLeRoy and Juliana FauntLeRoy, from Don's previous marriage. When she's not on the set, Down prefers to spend her free time with her children and animals. She has an extensive collection of Victorian children's books, which she has collected since age 15.