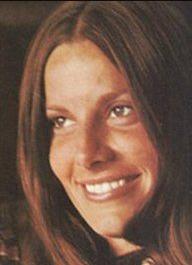 Linda is alive and kicking and is currently 77 years old.
Please ignore rumors and hoaxes.
If you have any unfortunate news that this page should be update with, please let us know using this .

Linda Haines was born on February 16, 1945. She is known for Biography (1987).
Biography is a documentary series that was inspired by a program of the same name broadcast in 1967 by CBS, where it was hosted by Mike Wallace. Although the series initially continued the CBS series' tradition of focusing on historical figures, after several years on A&E, the series began to shift content towards pop culture icons. In some cases, the series further deviated by producing episodes about Saturday Night Live and Buffy the Vampire Slayer.

Linda was previously married to Davy Jones. Davy Jones was an English singer-songwriter, musician, actor and businessman, best known as a member of the band the Monkees, and for starring in the TV series of the same name. Linda and Davy had two children together.