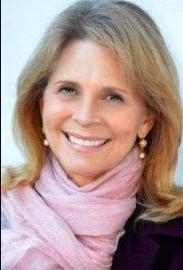 Lindsay is alive and kicking and is currently 72 years old.
Please ignore rumors and hoaxes.
If you have any unfortunate news that this page should be update with, please let us know using this .

Does Lindsay Wagner Have the coronavirus?

Lindsay Jean Wagner is an American actress. She is best known for her portrayal of Jaime Sommers in the 1970s television series The Bionic Woman, though she has maintained a lengthy career in a variety of other film and television productions since.
In 1987, Wagner wrote a series of books with Robert M. Klein about using acupressure to achieve results akin to a surgical facelift. In 1994, she wrote one of the first "celebrity" vegetarian (and mainly vegan) cookbooks, High Road to Health. Wagner appeared in commercials as a spokesperson for Southern California's regional Ford Motor Company dealerships from 1987 through 2000. She was also a spokesperson in infomercials for Select Comfort's "Sleep Number" bed from 2003 to 2009.

Wagner earned an Emmy Award in 1977 for Outstanding Lead Actress in a Dramatic Role for her role in The Bionic Woman television series. On December 13, 1984, the Hollywood Chamber of Commerce presented Wagner with a star on the Hollywood Walk of Fame, category 'Film', located at the north side of the 6700 block of Hollywood Boulevard.
Prior to being married, Wagner lived with Captain Daniel M. Yoder (USAF) until he went to Vietnam. She has been married four times and divorced four times. From 1971 to 1973, she was married to music publisher Allan Rider. From 1976 to 1979, she was married to actor Michael Brandon. In 1981, she married stuntman Henry Kingi, whom she met on the set of The Bionic Woman. Wagner had two sons with Kingi, Dorian (b. 1982) and Alex (b. 1986), but the couple divorced in 1984. Wagner then married TV producer Lawrence Mortorff in 1990, but they, too, divorced a few years later.