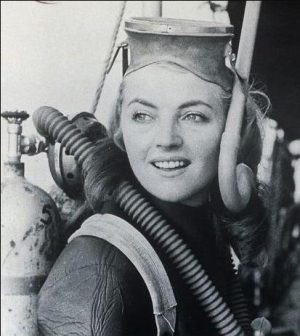 Charlotte ("Lotte") Hildegard Hass (née Baierl; 6 November 1928 – 14 January 2015) was the second wife of the Austrian naturalist and diving pioneer Hans Hass (who died on 16 June 2013, aged 94) and worked as an underwater model and actress in several of his underwater natural history films. She was inducted into the Women Divers Hall of Fame and the International Scuba Diving Hall of Fame in 2000.