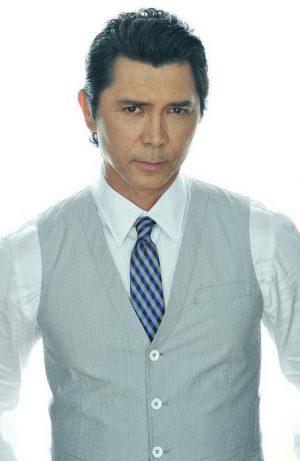 Lou is alive and kicking and is currently 60 years old.
Please ignore rumors and hoaxes.
If you have any unfortunate news that this page should be update with, please let us know using this .

Does Lou Diamond Phillips Have the coronavirus?

Lou Diamond Phillips is an American actor and director. His breakthrough came when he starred in the film La Bamba as Ritchie Valens. He earned a Golden Globe nomination for Best Supporting Actor for his role in Stand and Deliver and a Tony Award nomination for his role in The King and I. Other notable films in which Phillips has starred include Courage Under Fire, Che, and Love Takes Wing.
Phillips has been a regular poker player since college. In May 2009, Phillips placed 31st of 403 entrants in the 2009 California State Poker Championship Limit Texas hold 'em. He placed in the money at the $10,000 July 2009 World Series of Poker World Championship No Limit main event. He was eliminated as the original field of 6,494 was trimmed from 407 to 185. He entered the day in 114th place among the 407 and was eliminated on the final hand of the day finishing in 186th place and earning $36,626.

During the making of Trespasses, he met Julie Cypher, an assistant director. They married on September 17, 1987 and divorced on August 5, 1990. Cypher then announced she was a lesbian and started dating Melissa Etheridge.
On the set of the film Shadow of the Wolf (1992), he met Jennifer Tilly to whom he was briefly engaged, although the two never married. He later married Penthouse model and television extra, Kelly Phillips, with whom he has three daughters: Grace and Isabella (twins born in October 1997), and Lili born in September 1999. The couple separated in 2004, their divorce was finalized in July 2007, and the children reside with their mother.
He began dating makeup artist, Yvonne Boismier, in 2004. They married in August 2007 and their daughter, Indigo, was born in October 2007.
Phillips has been an outspoken advocate of the Filipino Equity Act, legislation to extend the same benefits to World War II veterans from the Philippines as have been available to U.S. World War II veterans.