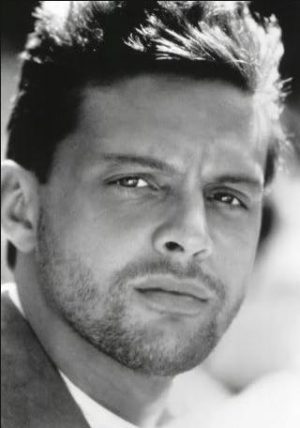 Luis is alive and kicking and is currently 52 years old.
Please ignore rumors and hoaxes.
If you have any unfortunate news that this page should be update with, please let us know using this .

Does Luis Miguel Have the coronavirus?

Luis Miguel Gallego Basteri, known professionally as Luis Miguel, is a Mexican singer. An icon in Latin America, he is often referred to as El Sol de México, and he's one of the most successful artists in Latin American history, having successfully performed in a wide range of musical styles, including pop, ballads, boleros and mariachi. To date, Luis Miguel has sold over 100 million records worldwide.
His father was a Spanish singer, songwriter and guitarist Luis Gallego Sanchez, known as "Luisito Rey", and his mother was an Italian actress, Marcela Basteri. His father was from Cádiz, a city in southwestern Spain, and his mother was from the Province of Massa-Carrara, Italy. He was named Luis Miguel in honor of Spanish bullfighter Luis Miguel Dominguín. Luis Miguel has two younger brothers, Alejandro and Sergio.

Luis Miguel is also known for his high-grossing live performances. He is the first-highest grossing Latin touring artist ever since Boxscore began tracking touring data in 1990, with a towering total of $278.5 million. With the Luis Miguel Tour, which took place in 2010, he visited 22 countries in North America, South America and Europe, where he performed in a three year span with a total of 223 shows all over the world, making it the longest and highest grossing tour ever made by a Latin artist. He also holds the record for the most consecutive presentations in the Auditorio National (National Auditorium) with a total of 30 consecutive concerts as well as the record for the most presentations in the same venue with a total of 240 concerts.
In April 2010, he was briefly hospitalized at the Cedars-Sinai Medical Center in Los Angeles. The cause of the hospitalization was not disclosed. On 2 May 2017, Luis Miguel surrendered himself to the U.S. Marshals following a case with his former manager William Brockhaus where Luis Miguel was ordered to pay over one million dollars on July 2016. He was released that same day by signing a promissory note.