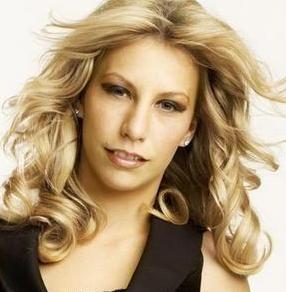 Lyssa is alive and kicking and is currently 34 years old.
Please ignore rumors and hoaxes.
If you have any unfortunate news that this page should be update with, please let us know using this .

Does Lyssa Chapman Have the coronavirus?

Lyssa Rae Chapman, more commonly known as "Baby Lyssa", is an American bail bondswoman and bounty hunter, most noted for her role on A&E TV's Dog the Bounty Hunter, in which she, along with her father Duane "Dog" Chapman and various friends and family, track down and capture wanted fugitives.
Lyssa Rae Chapman was born the ninth of twelve children of Duane "Dog" Chapman. Her mother is his third wife, Lyssa Rae Brittain (née Greene). She is known as "Baby Lyssa" to distinguish from her mother "Big Lyssa". She was raised by her father until she was 10, after which she went to live with her mother in a small Alaskan town, Anderson, and had no contact with her father for six years. She later worked with him at the family bail bonds company, Da Kine Bail Bonds. She no longer works with her family and will not be on their new show that debuted in 2013.

Lyssa's first daughter was born the day after Lyssa's fifteenth birthday. It was revealed in an interview during Lyssa's second pregnancy, that Abbie's father was 24 years old at the time of conception. He was subsequently arrested for statutory rape.
On February 20, 2009, Lyssa married Brahman "Bo" Galanti (born July 24, 1973) in Oahu, Hawaii. The couple have one child together, in addition to their children by other relationships. In February 2011, Lyssa filed for divorce from Galanti. On March 15, 2011, Lyssa was arrested for criminal property damage and assaulting a police officer.