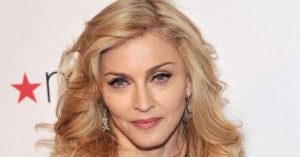 How Old Is Madonna? Madonna Birthday

Madonna is alive and kicking and is currently 63 years old.
Please ignore rumors and hoaxes.
If you have any unfortunate news that this page should be update with, please let us know using this .

Does Madonna Have the coronavirus?

Pop legend Madonna is known for her constant reinvention as a performer. Her biggest hits include "Papa Don't Preach," "Like a Prayer," "Vogue," "Secret" and "Ray of Light," among many others.
Pop music singer Madonna was born in Bay City, Michigan on August 16, 1958. In 1981, she went solo as a pop singer and became a sensation on the then male-dominated '80s music scene. By 1991, she had achieved 21 Top 10 hits in the United States and sold more than 70 million albums internationally. In January 2008, she was named the world's wealthiest female musician by Forbes magazine.

Madonna was born to Catholic parents, Madonna Louise (Fortin) and Silvio Anthony "Tony" Ciccone, in Bay City, Michigan, on August 16, 1958. Her father's parents were emigrants from Pacentro, Italy, while her mother was of French-Canadian ancestry. Tony worked as an engineer designer for Chrysler and General Motors. Since Madonna had the same name as her mother, family members called her "Little Nonni". She has two elder brothers, Anthony and Martin, and three younger siblings, Paula, Christopher, and Melanie.
In 1978, she dropped out of college and relocated to New York City. She had little money and worked as a waitress at Dunkin' Donuts and with modern dance troupes, taking classes at the Alvin Ailey American Dance Theater and eventually performing with Pear Lang Dance Theater. Madonna said of her move to New York, "It was the first time I'd ever taken a plane, the first time I'd ever gotten a taxi cab. I came here with $35 in my pocket. It was the bravest thing I'd ever done." She started to work as a backup dancer for other established artists. Madonna claimed that during a late night she was returning from a rehearsal, when a pair of men held her at knifepoint and forced her to perform fellatio. Madonna later commented that "the episode was a taste of my weakness, it showed me that I still could not save myself in spite of all the strong-girl show. I could never forget it."
While performing as a backup singer and dancer for the French disco artist Patrick Hernandez on his 1979 world tour, Madonna became romantically involved with musician Dan Gilroy and they lived in an abandoned synagogue in Corona, Queens. Together, they formed her first rock band, the Breakfast Club, for which Madonna sang and played drums and guitar. In 1980 or 1981 she left Breakfast Club and, with her former boyfriend Stephen Bray as drummer, formed the band Emmy. The two began writing songs together, but Madonna later decided to market herself as a solo act. Her music impressed DJ and record producer Mark Kamins who arranged a meeting between Madonna and Sire Records founder Seymour Stein.