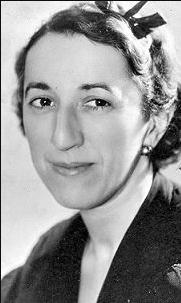 Margaret passed away on May 16, 1985 at the age of 82 in Salisbury, Connecticut, USA. Margaret's cause of death was heart attack.

Margaret Hamilton's mother, Jennie Adams, is still alive and kicking at the age of 59. She is Australian and has had a career as a novelist.

A kindergarten teacher in her native Cleveland, Margaret Hamilton began her acting career there in community theatre and with the prestigious Cleveland Playhouse. In 1933, Hamilton was invited to repeat her stage role of the sarcastic daughter-in-law in the Broadway play Another Language for the MGM film version. Though only in her early '30s, the gloriously unpretty Hamilton subsequently played dozens of busybodies, gossips, old maids, and housekeepers in films bearing such titles as Hat, Coat and Glove, Way Down East and These Three (1936). She proved an excellent foil for such comedians as W.C. Fields (in 1940's My Little Chickadee) and Harold Lloyd (in 1946's The Sin of Harold Diddlebock). Her most famous film assignment was the dual role of Elvira Gulch and the Wicked Witch of the West in the imperishable 1939 gem The Wizard of Oz -- a role which nearly cost her her life when her green copper makeup caught fire during one of her "disappearance" scenes. She played several smaller but no less impressive roles at 20th Century-Fox, including the first-scene plot motivator in People Will Talk (1951) and Carrie Nation in Wabash Avenue (1950). She alternated her film work with stage assignments in the 1950s and 1960s, frequently returning to her home base at the Cleveland Playhouse. Achieving "icon" status in the 1970s by virtue of The Wizard of Oz, Hamilton sometimes found herself being cast for "camp" effect (e.g. Robert Altman's Brewster McCloud), but also enjoyed some of her best-ever parts, including the role of professorial occult expert in the 1972 TV movie The Night Strangler. Despite her menacing demeanor, Hamilton was a gentle, soft-spoken woman; she was especially fond of children, and showed up regularly on such PBS programs as Sesame Street and Mister Rogers. In the 1970s, Margaret Hamilton added another sharply etched portrayal to her gallery of characters as general-store proprietor Cora on a popular series of Maxwell House coffee commercials -- one of which ran during a telecast of The Wizard of Oz!