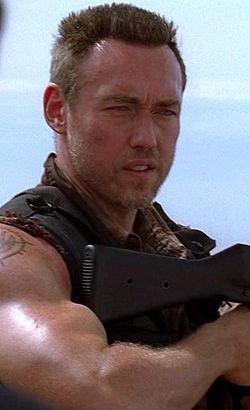 Martin Keamy's mother, Margaret, is still alive and kicking at the age of 30. She is Polish and has had a career as a fashion blogger, singer.

First Sergeant Martin Christopher Keamy is a recurring fictional character played by Kevin Durand in the fourth season and sixth season of the American ABC television series Lost. Keamy is introduced in the fifth episode of the fourth season as a crew member aboard the freighter called the Kahana that is offshore the island where most of Lost takes place. In the second half of the season, Keamy served as a primary antagonist. He is the leader of a mercenary team hired by billionaire Charles Widmore that is sent to the island on a mission to capture Widmore's enemy Ben Linus from his home, then torch the island.