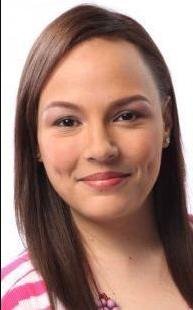 Matet is alive and kicking and is currently 38 years old.
Please ignore rumors and hoaxes.
If you have any unfortunate news that this page should be update with, please let us know using this .

Does Matet De Leon Have the coronavirus?

Matet De Leon's father, Christopher de Leon, is still alive and kicking at the age of 65. He is Filipino and has had a career as a actor.

Matet De Leon's mother, Nora Aunor, is still alive and kicking at the age of 69. She is Filipino and has had a career as a actress, singer, producer, recording artist.

Nora Aunor is a Filipino actress, recording artist, and film producer. Aunor has also appeared in several stage plays, television shows, and concerts. She is known as Philippine cinema's "Superstar" and is regarded as the People's National Artist.[2] The Hollywood Reporter called her "The Grand Dame of Philippine Cinema" for her performance in the movie Taklub.
Matet De Leon is an actress, known for One day, isang araw (1988), A Very Special Love (2008) and Bunsong kerubin (1987). She is married to Mickey Estrada.
Matet has a son with husband Mickey Estrada, Juan Miguel Gerald Estrada.