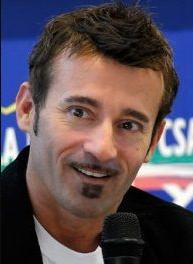 Max is alive and kicking and is currently 51 years old.
Please ignore rumors and hoaxes.
If you have any unfortunate news that this page should be update with, please let us know using this .

2011 was a year of mixed results for Biaggi and Aprilia. He only managed 2 wins at Aragon, Spain and Brno, Czech Republic. Even though he was in contention for the title due to multiple second-place finishes, Biaggi fractured his left foot in Germany which caused him to miss 2 rounds: Imola and Magny Cours. Biaggi ended the 2011 season in third place (303 points) and tied in points with Eugene Laverty. Biaggi would go on to win the 2012 title by only a half point over Tom Sykes. Following the season, Biaggi retired from racing. Three years later, Biaggi would briefly return to racing as a wildcard for Aprilia.
Biaggi is known as the Roman Emperor and Mad Max and is notorious for his difficult relationships with the press, team personnel and other riders.
He was engaged to Miss Italia 2002 winner and TV personality Eleonora Pedron; together they have a daughter Inés Angelica Biaggi and one son Leon Alexandre Biaggi. They split in September 2015. From November 2015 he started a new relationship with the Italian singer Bianca Atzei.