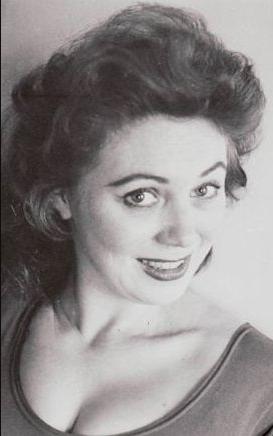 Meg Myles (born November 14, 1934) is a pin-up model, singer, and actress on stage and screen, actively mostly in the 1950s and 1960s.
In 1966, she played possessive mother Harriett Wilson on the daytime soap opera The Doctors, and in 1970 appeared on another soap, Where the Heart Is. In the 1980s she was regular on the daytime television mystery serial The Edge of Night as restaurant owner Sid Brennan, and had a year-long role on All My Children as Joanna Yeager, Stuart Chandler's secret wife.

After a year on Search For Tomorrow as the kindly Maevis Stone (mother of heroine Evie Stone), she returned to All My Children for a stint as Joanna, coming back to Pine Valley in the spring of 1987 to try and extort money from Adam Chandler and hold Erica Kane hostage.