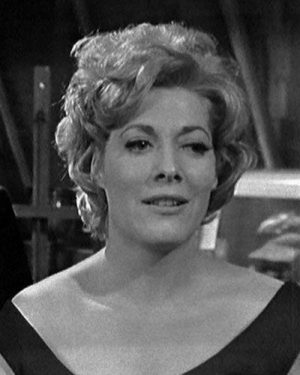 Melissa Stribling (7 November 1926 – 22 March 1992) was a Scottish film and television actress.
In the film Dracula, her character was the victim of a vampire in what can be seen as an erotically charged performance. Dracula and Mina showing sexual pleasure in this way was a first in British cinema.

Terence Fisher remembers her asking him how to play the scene. Terence replied, saying that she should imagine that she had one whale of a sexual night and that it should be shown on her face. The author Mark Clark detailed the first encounter between Dracula and Mina in his book Smirk, sneer, and scream: great acting in horror cinema which he described as an implied erotic scene. Jonathan Rigby complimented her performance in his book English gothic: a century of horror cinema, saying that she is a terrific female lead throughout the film. Terence Fisher said that he told her that she produced a satisfied little facial expression that speaks volumes.
She was married to Basil Dearden; their son is James Dearden, also a film director. Their younger son is Torquil Dearden, a London-based editor at a company specialising in commercials and corporate videos.