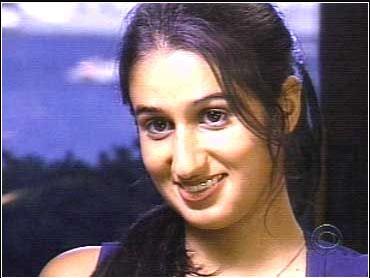 Meriam is alive and kicking and is currently 42 years old.
Please ignore rumors and hoaxes.
If you have any unfortunate news that this page should be update with, please let us know using this .

Does Meriam Al Khalifa Have the coronavirus?

Meriam bint Abdullah Al-Khalifa (born 1980) is a member of the Bahraini Royal House of Al-Khalifa. She is best known for fleeing her family and native Bahrain to the United States to elope with US Marine Lance Corporal Jason Johnson, who was, at the time, stationed in Bahrain as part of a counter-terrorism unit providing security for expatriate Americans.
After she was smuggled into the United States with help from Lance Corporal Johnson and being threatened with deportation by United States Customs, she was permitted to stay and apply for asylum, claiming that she feared honor violence by her family in retaliation for fleeing her country and entertaining a romantic relationship with an American. Her story was featured heavily in the American press, including The Oprah Winfrey Show, and was turned into a television movie.

In May 2001, the U.S. Immigration and Naturalization Service granted Al Khalifa Permanent Residency status, popularly known as a Green Card. She also resumed communication with her family in Bahrain. Despite her earlier claims that she feared violence or death in her home country – an assertion that she had repeated in subsequent interviews – Al Khalifa returned to Bahrain in late 2001 to visit her family. She stated that she and her family were concerned about "violence aimed at people of Middle Eastern descent" after the September 11, 2001 terrorist attacks. She returned to Las Vegas at the end of year.
The couple filed for divorce on November 17, 2004 (one day after their fifth wedding anniversary) in Las Vegas, Nevada, citing "incompatibility in marriage." According to Johnson, Al Khalifa had plunged heavily into the Las Vegas nightlife, subsequently leading to an estrangement. The couple had been considering divorce since 2001.