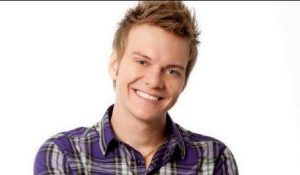 Michel is alive and kicking and is currently 41 years old.
Please ignore rumors and hoaxes.
If you have any unfortunate news that this page should be update with, please let us know using this .

Does Michel Teló Have the coronavirus?

Michel Teló is a Brazilian sertanejo singer-songwriter. Before his solo act, he was a lead singer in various bands, most notably Grupo Tradição. His biggest national and international hit is "Ai Se Eu Te Pego!", a number one in most European countries, Latin America, and Quebec.
Teló's artistic career began in 1987 when, as a six-year-old, he made his first solo performance in his school choir, singing a piece by Roberto Carlos and Erasmo Carlos. At ten, his musical talent blossomed when his father gave him an accordion. At age 12, upon encouragement by neighbors, school friends and his brothers, he formed a young band for playing traditional music, which was called "Guri" and served to strengthen Teló taste in music in a professional organized manner. He was the band's lead singer and composer. Besides his love for the harmonica, Teló also took piano lessons for five years. He was also dancer and played the accordion, harmonica, and guitar.

Many football players have used the signature dance to "Ai Se Eu Te Pego", during goal celebrations, spreading the song's popularity. Brazilian football star Neymar appears on a video dancing to the song. In the Spanish professional league, Marcelo and Cristiano Ronaldo of Real Madrid danced to the song when Ronaldo scored the first goal against Málaga on October 22, 2011. Rafael Nadal has also danced to this song. On October 29, 2011, Brazilian left-back André Santos danced to this song after scoring the 2–2 equalizer in Arsenal's 5–3 victory over London rivals Chelsea. Recently, in the Superleague Greece, Simão Mate, Cleyton, Sebastián Leto and other Panathinaikos' players danced to this song when Cleyton scored the first goal against PAOK on October 30, 2011.