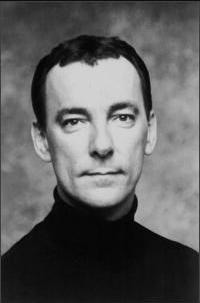 Neil passed away on January 7, 2020 at the age of 67 in Santa Monica, California, USA. Neil's cause of death was brain cancer.

Neil Ellwood Peart, OC, is a Canadian-American musician and author, best known as the drummer and primary lyricist for the rock band Rush. Peart has received numerous awards for his musical performances, including an induction into the Modern Drummer Hall of Fame in 1983, making him the youngest person ever so honored. He is known for his technical proficiency and stamina.
In 1992, Peart was invited by Buddy Rich's daughter, Cathy Rich, to play at the Buddy Rich Memorial Scholarship Concert in New York City. Peart accepted and performed for the first time with the Buddy Rich Big Band. Peart remarked that he had little time to rehearse, and noted that he was embarrassed to find the band played a different arrangement of the song than the one he had learned. Feeling that his performance left much to be desired, Peart decided to produce and play on two Buddy Rich tribute albums titled Burning for Buddy: A Tribute to the Music of Buddy Rich in 1994 and 1997 in order to regain his aplomb.

On August 10, 1997, soon after the conclusion of Rush's Test for Echo Tour, Peart's first daughter (and, at the time, his only child) Selena Taylor, 19, was killed in a single-car accident on Highway 401 near the town of Brighton, Ontario. His common-law wife of 23 years, Jacqueline Taylor, succumbed to cancer 10 months later on June 20, 1998. Peart attributes her death to the result of a "broken heart" and called it "a slow suicide by apathy. She just didn't care."
Peart died from glioblastoma, an aggressive form of brain cancer, on January 7, 2020, in Santa Monica, California. The illness had been a closely-guarded secret in Peart's inner circle until his death. His family made the announcement on January 10.