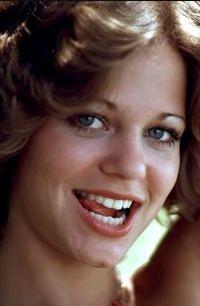 Nicki passed away on September 2, 2009 at the age of 55 in Edgewood, Kentucky, USA. Nicki's cause of death was breast cancer.

Nicki Thomas or Nicki E. Rossine (born Nancy Elizabeth Tritt on March 22, 1954 in Berwyn, Illinois-September 2, 2009) was an American model.
She was Playboy magazine's Playmate of the Month for its March 1977 issue. Her centerfold was photographed by Pompeo Posar. Tritt married Anthony Rossine, and had two children, Michael Anthony and Marissa Nicole. She died September 2, 2009 in Edgewood, Kentucky.