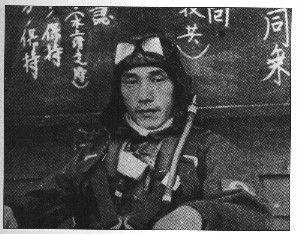 Nobuo passed away on September 30, 1997 at the age of 86 in Tsuchiura, Ibaraki Prefecture, Japan.

Nobuo Fujita (藤田信雄) (1911 – 30 September 1997) was a Warrant Flying Officer of the Imperial Japanese Navy who flew a floatplane from the long-range submarine aircraft carrier I-25, and conducted the only wartime aircraft-dropped bombing on the continental United States of America, which became known as the Lookout Air Raid. Using incendiary bombs, his mission was to start massive forest fires in the Pacific Northwest near the city of Brookings, Oregon with the objective of drawing the U.S. military's resources away from the Pacific Theater. The strategy was also used in the Japanese fire balloon campaign.