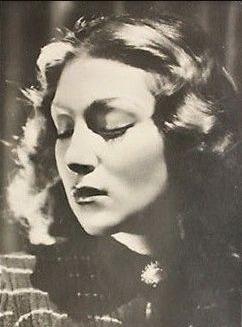 Oretta Fiume (1919–1994) was an Italian actress who became a star during the Fascist era after winning a competition. One of her final screen roles was in La Dolce Vita (1960). She was born in Fiume (now Rijeka in Croatia) as Claudia Scrobogna and adopted her hometown as part of her stage name.