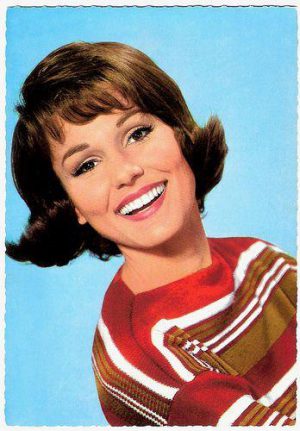 Paula is alive and kicking and is currently 84 years old.
Please ignore rumors and hoaxes.
If you have any unfortunate news that this page should be update with, please let us know using this .

Does Paula Prentiss Have the coronavirus?

Paula Prentiss is an American actress best known for her film roles in Where the Boys Are, Man's Favorite Sport?, The Stepford Wives, What's New Pussycat?, In Harm's Way, The Black Marble, and The Parallax View, and the cult television series He & She.
Prentiss leapt to fame playing the role of Tuggle in Where the Boys Are (1960); her romantic co-star was Jim Hutton. The film was a hit and response to Prentiss and Hutton was very favourable, so MGM decided to reteam them in three more comedies, promoting them as a new William Powell and Myrna Loy: The Honeymoon Machine (1961) with Steve McQueen, Bachelor in Paradise (1961) with Bob Hope, and The Horizontal Lieutenant (1962). They were the two tallest male and female contract players at Metro-Goldwyn-Mayer.

Prentiss and actor/director Richard Benjamin were married on October 26, 1961. Besides the series He & She. the couple appeared together in such films as Catch-22 (1970) and Saturday the 14th (1981), the made-for-television films No Room to Run (made in Australia) and Packin' It In, as well as in various plays. Benjamin also directed Prentiss in a brief appearance in Mrs. Winterbourne.
While shooting What's New Pussycat? in Paris Prentiss had a nervous breakdown and took time out from acting. Prentiss returned to films with a small role in Catch-22 (1970). She had the female lead in Move (1970) with Elliott Gould, and Born to Win (1971) with George Segal and was one of the leads in Last of the Red Hot Lovers with Alan Arkin. Neither of these were big hits so Prentiss did a TV movie The Couple Takes a Wife (1972).