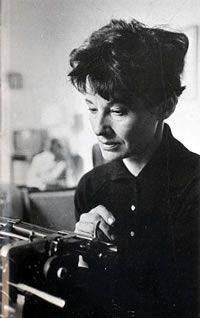 Penelope Ruth Mortimer (née Fletcher, 19 September 1918 – 19 October 1999) was a British journalist, biographer, and novelist. She wrote a semi-autobiographic novel in 1962 titled The Pumpkin Eater which was turned into a 1964 film. Anne Bancroft was nominated for the Academy Award for Best Actress for her performance as 'Jo Armitage', a character based on herself.