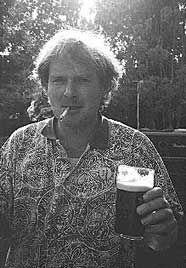 Peter Anthony "Pete" Shaughnessy (16 September 1962 – 15 December 2002) was an English mental health activist and one of the founders of Mad Pride, a group of mental health activists who reclaimed terms such as 'mad' and 'nutter' from misuse, and campaigned for the rights of the mentally ill.