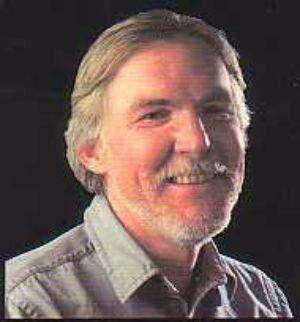 Peter is alive and kicking and is currently 74 years old.
Please ignore rumors and hoaxes.
If you have any unfortunate news that this page should be update with, please let us know using this .

Peter Egan is an American writer specializing in automotive and motorcycle journalism — widely known for his monthly car-related column, Side Glances, in Road & Track magazine as well as his monthly motorcycle-related column, Leanings, in Cycle World magazine — as well as road tests and occasional features in both magazines. Egan's columns are chiefly autobiographical and anecdotal. He has written extensively about road trips, including detailed accounts of the failings of the vehicles, interactions with the people he travels with and those he meets. Egan was described in a 2010 New York Times book review as one of America's "standout auto writers."
Egan was born in Elroy, Wisconsin in 1948. He first became acquainted with sports cars from photographs of celebrities and their cars in his sister Barbara's glamour magazines. He would later watch sports car racing at Elkhart Lake, Wisconsin. When he dropped out of college, Egan was drafted into the US Army, entering basic training in March 1969, and eventually serving in Vietnam. Characteristically, he later described a Jeep he had that the Viet Cong hit with a mortar shell as "the only non-English vehicle I ever drove that exploded." After his tour of duty, he visited Paris, France, from which he and a friend road-tripped on bicycles to Marseille. Upon his return to Wisconsin, Egan proposed to his girlfriend Barbara and started working as a mechanic at Foreign Car Specialists, a repair shop in Madison owned by Chris Beebe, who is frequently mentioned in Side Glances and is now a neighbor and close friend.

In the early 1980s, Egan wrote a freelance article about a motorcycling trip with his wife, which he submitted to Cycle World. When the article was published, editor Allan Girdler offered him a position as a staff writer. Egan accepted and he and Barb relocated to southern California. While writing for Cycle World, Egan also wrote for the automotive magazine Road & Track, part of the same organization, and had its headquarters in the same building in Newport Beach. His writing style fit well with, and may have been influenced by, those of his contemporaries at Road & Track, including Henry N. Manney III, Rob Walker, Innes Ireland, and Dennis Simanaitis. Apart from writing road tests and reports on motor races and car shows, Egan wrote about the perils and pitfalls of repairs, restoration, and racing, illustrating his points with first-hand anecdotes. His experience of working on and his love for English cars has led him to exaggerate their faults and idiosyncrasies, though he makes it clear he prefers to work on and drive them. He has also expressed a particular interest in old English and Italian motorcycles.
Egan has since retired from the regular staff of both magazines, although he still contributes monthly columns to both and also writes features as an Editor-at-Large. Egan and his wife returned to Wisconsin in the summer of 1990, moving to a farm near Cooksville where they still live.
Egan won both the 2008 Motor Press Guild Dean Batchelor Award for Excellence in Automotive Journalism, and the 2008 International Motor Press Association Ken Purdy Award for an article published in April and May editions of Road & Track. He was a finalist for the Dean Batchelor Award again in 2012