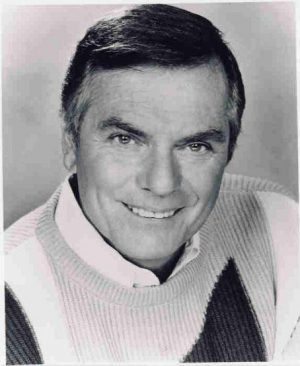 Peter is alive and kicking and is currently 96 years old.
Please ignore rumors and hoaxes.
If you have any unfortunate news that this page should be update with, please let us know using this .

Does Peter Marshall Have the coronavirus?

Ralph Pierre LaCock, better known by his stage name Peter Marshall, is an American television and radio personality, singer, and actor. He was the original host of The Hollywood Squares, from 1966 to 1981. He has almost fifty television, movie, and Broadway credits. His stage name reportedly derived from the college in his home town.
Peter Marshall was born Ralph Pierre LaCock on March 30, 1926, to Ralph and Jean LaCock, a show business family, in Huntington, West Virginia. Following his father's death when Marshall was a teenager, he moved to New York City to be with his mother, a costume designer. After he graduated high school he was drafted into the army in 1944 and stationed in Italy. He was originally in the artillery, but was later recruited to be a disc jockey at a radio station in Naples. He was discharged in 1946 with the rank of Staff sergeant.

Marshall won the Daytime Emmy Award for Outstanding Game Show Host four times. In 2006 he received the annual Bill Cullen Award for Lifetime Achievement, from the non-profit organization, Game Show Congress. On October 13, 2007, Marshall was one of the first inductees into the American TV Game Show Hall of Fame in Las Vegas.
He is married to his third wife, Laurie Stewart, and has four children and two stepchildren from his previous marriages. He has a home in Palm Desert, California. His son, Pete, is a former Major League Baseball player. The retired first baseman spent nine years playing for the Chicago Cubs and Kansas City Royals.