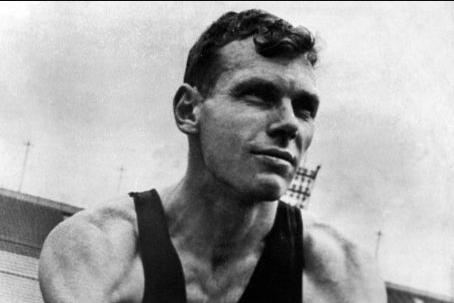 Sir Peter George Snell KNZM OBE (born 17 December 1938) is a New Zealand former middle-distance runner, now resident in Texas, United States. He had one of the shortest careers of world famous international sportsmen, yet achieved so much that he was voted New Zealand’s "Sports Champion of the (20th) Century" and was one of 24 inaugural members of the International Association of Athletics Federations Hall Of Fame named in 2012. A protégé of the New Zealand athletics coach Arthur Lydiard, Snell is known for the three Olympic and two Commonwealth Games gold medals he won, and the several world records he set.
Snell came to international attention with his gold medal in the 800 metres at the Rome Olympics in 1960, setting a new national record. He was particularly dominant four years later at the Tokyo Olympics where he won the gold and set a new Olympic record in the 800 metres, and won gold in the 1500 metres.

By winning the 800–1500 m double, Snell became the only male to achieve this at the Olympics since 1920, and it has not since been achieved by any male athlete at the Olympics. It was not achieved by a male at an open global championship until Moroccan-born Rashid Ramzi of Bahrain won both golds at the World Championships in 2005 at Helsinki. (After the 2008 Olympic Games, Ramzi was stripped of his Olympic gold medal for doping, but that penalty was not applied retroactively to his World Championship gold medals).
Following his success at the Perth Commonwealth Games in 1962, Snell was appointed a Member of the Order of the British Empire for services in the field of athletics in the 1962 Queen's Birthday Honours. Three years later he was elevated to Officer of the same order in the 1965 New Year Honours. In the 2002 New Year Honours, he was appointed a Distinguished Companion of the New Zealand Order of Merit for services to sport, and in 2009, following the restoration of titular honours by the New Zealand government, he accepted redesignation as a Knight Companion of the New Zealand Order of Merit and was invested by the Governor-General of New Zealand, Sir Anand Satyanand.