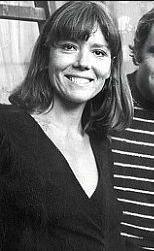 Diana is alive and kicking and is currently 79 years old.
Please ignore rumors and hoaxes.
If you have any unfortunate news that this page should be update with, please let us know using this .

Petronella Barker (born 12 October 1942 in Sittingbourne, Kent) is an English actress. The daughter of the late comedy actor Eric Barker and the actress Pearl Hackney, she grew up in the village of Stalisfield, Kent, and was educated at Ashford School.
Barker trained at the Central School of Speech and Drama from 1960 to 1963, in her final year winning the Carlton Hobbs Bursary, which gave her a six-month contract with the BBC's Radio Drama Company. In 1964 she joined the English Stage Company at the Royal Court Theatre, Sloane Square, for three plays: Inadmissible Evidence (Understudy), Julius Caesar (Crowd and understudy), and Cuckoo in the Nest, in which she played Rawlins.

On 2 September 1966 Barker married the actor Anthony Hopkins at St Mary's, Stalisfield, and they have one daughter, the actress and singer-songwriter Abigail Hopkins, born in 1969. They were divorced in the High Court, London, in 1972.