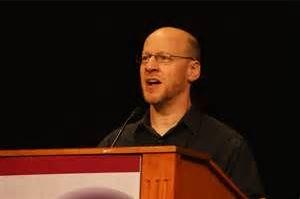 Phil is alive and kicking and is currently 58 years old.
Please ignore rumors and hoaxes.
If you have any unfortunate news that this page should be update with, please let us know using this .

Philip Cary Plait (born September 30, 1964), also known as The Bad Astronomer, is an American astronomer, skeptic, writer and popular science blogger. Plait has worked as part of the Hubble Space Telescope team, images and spectra of astronomical objects, as well as engaging in public outreach advocacy for NASA missions. He has written two books, Bad Astronomy and Death from the Skies. He has also appeared in several science documentaries, including Phil Plait's Bad Universe on the Discovery Channel. From August 2008 through 2009, he served as President of the James Randi Educational Foundation. Additionally, he wrote and hosted episodes of Crash Course Astronomy, which has recently aired its last episode.