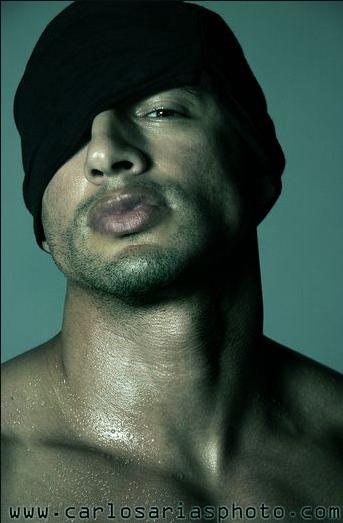 Quentin Elias (10 May 1974 – 25 February 2014) was a French singer, actor and model. Of Algerian heritage, he was the original lead singer of the French boy band Alliage with Steven Gunnell, Roman Lata Ares and Brian Torres from 1996 to 1999. After his departure from the group, he relocated to the United States where he developed a solo singing career singing in English and French, releasing a number of albums, EPs and singles through his company Quentin Elias Music and distribution by Electro Boy Inc Records. He also worked as a model, acted in a number of feature films, television series and on stage and was featured in a number of advertisements. He took part in documentaries notably The Adonis Factor appearing on the documentary's promotional cover. He was active in body training, tattooing, in photography and in active blogging of his progress, all the while releasing more materials online. He was briefly involved in solo adult appearances on the Randy Blue gay male site under the pseudonym Q. He made a comeback in France starting in 2011, appearing in a number of tours, made new releases for the French and European markets, including remakes of earlier Alliage hits and had a number of appearances on popular French reality television shows and on talk and entertainment shows talking candidly about his past. On 25 February 2014, Elias died at his home in New York City.