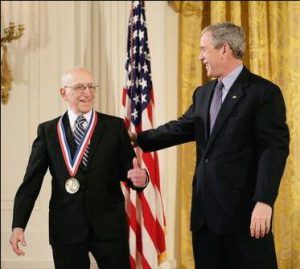 Ralph passed away on December 6, 2014 at the age of 92 in Manchester, New Hampshire, United States.

Ralph Henry Baer (born Rudolf Heinrich Baer; March 8, 1922 – December 6, 2014) was a German-born American video game developer, inventor, and engineer, and was known as "The Father of Video Games" due to his many contributions to games and the video game industry in the latter half of the 20th century.